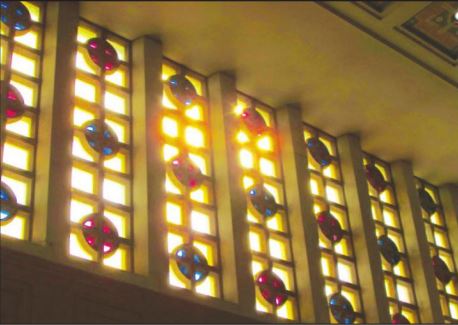 Baptisms are the second and fourth Sundays after the 11:00 Mass by appointment only.

(No Baptisms will be held during the Lenten Season, Ash Wednesday – Easter Sunday)

Parents must attend the baptismal preparation program. The Baptism Class is offered on the third Sunday of most months (NO CLASS IN DECEMBER).

Classes meet in the Church immediately following the 11 a.m. Mass – Registration must be received no later than 10 a.m. on the Thursday before the Class.

Please fill out the “Baptism Registration Form” below to register for the class.

Click here to download the Godparent Sponsor form for each Godparent to fill out and have signed by their parish priest.

The role of a Sponsor (Godparent) is, “together with the patents, to present an infant at baptism…to help the baptized to lead a Christian life in harmony with baptism, and to fulfill faithfully the obligations connected with it” (Catholic Code of Canon Law, can. 872).

At the very beginning of the Rite of Baptism, you will be asked: “Are you ready and willing to help these parents in their duties as Christian parents?” Your affirmative answer permits the ritual to proceed. A Godparent who is a confirmed Catholic and who is currently practicing the Catholic faith is called a Sponsor. For the sacrament of baptism to be valid and recognized in the Catholic Church, there must be at least one Catholic Sponsor for each candidate.

To be admitted to the role of Sponsor, a person must:

According to the Catholic Church law (or Canon Law), only one male OR one female Sponsor OR one of each gender is to be employed. A person who is baptized in another Christian faith, is called a Christian Witness. We welcome Christian Witnesses and thank them for their participation.

If a Sponsor is unable to be present for the ceremony, any confirmed adult may function as a proxy for that person.